This 2020, for the first time, Latinos are expected to be the largest minority racial or ethnic group in the U.S., with a projected record of 32 million Latino eligible voters. This represents 13.3% of all voters. However, the number of Latino voters is still low compared to the 60 million Hispanics that live in the U.S. 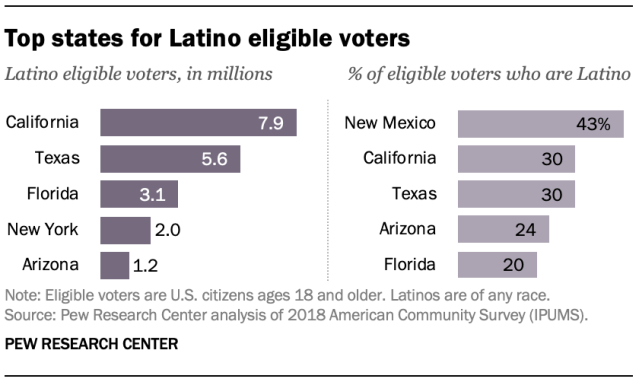 Below are various data points regarding Latino voters heading into the 2020 presidential election:

Latinos represent the largest portion of eligible voters in New Mexico (43%). Other principal states are California with 30%, Texas with 30%, Arizona with 24% and Florida with 20%.

To connect with Latino voters through our El Clasificado properties, learn more here.

Want to connect with Latino voters? Reach US hispanics now. 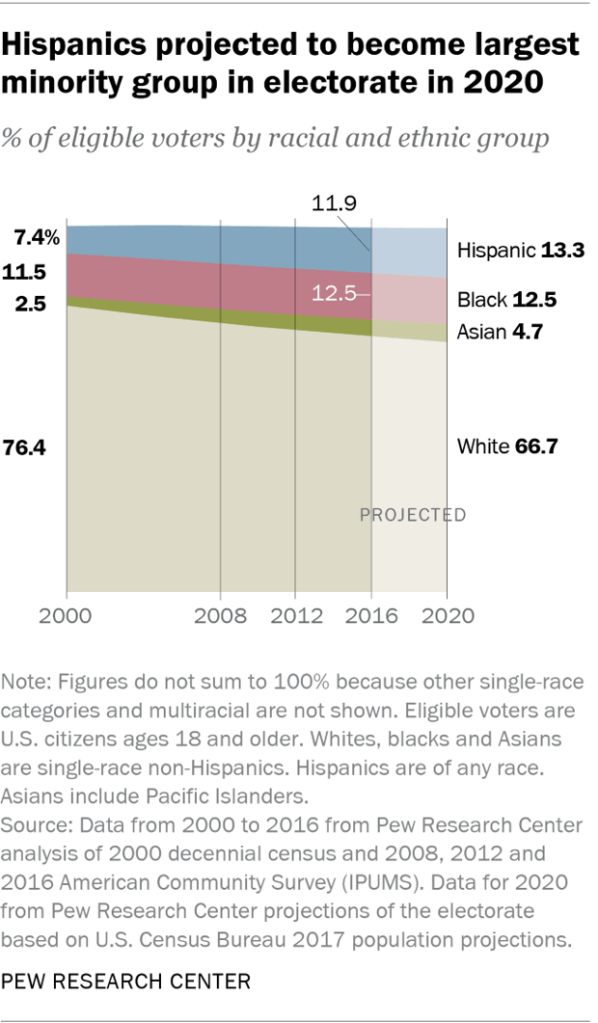 Founded in 1988 by Martha de la Torre and Joe Badame, El Clasificado is a multi-media company currently serving over 100,000 small businesses each week. Since day one this certified minority-owned business has encouraged local communities to thrive with marketplaces in print, online, and through social avenues targeting U.S. Latinos in Spanish and English.